Yes, Neji dies. He dies in the last great war which was known as the fourth great ninja war. He was among the very first members of Konoha to die. He died saving Naruto and Hinata, He chose to sacrifice himself for the two, this happened while he took a direct attack from Ten-Tails which ends up piercing through his insides. But he able to protect both Naruto and Hinata. Both Naruto and Hinata were dumbstruck by the event. Naruto tried his best to keep Neji alive, but the latter had accepted his fate and passed away leaving Hinata everyone from the village in a state of shock.

How Does Neji Die?

In the absence of Neji the ten tail fires several volleys of wood projectiles at Naruto, Hinata tried to protect Naruto from this attack with her body as a shield. However, Neji arrives in time to protect her in turn with his own body, which then led to mortally wounding him.

Naruto calls for medical help but Neji accepts the fact that he can’t be saved. He collapses over Naruto’s shoulder and tells him to not to put his life at risk in the future, as he is now responsible for many other lives in addition to his own, one of which is Hinata’s. As Neji watches Hinata cry for him, to which Neji responds that it is because Naruto once called him a genius.

Does Neji Get Revived?

No, Neji does not get revived. Although Naruto did restore many people using his newfound powers from the Sage of Six Paths, He restored Kakashi’s eye and rekindled the chakra in guy’s heart. However, his powers were only limited to healing but not reviving. Naruto was not able to revive Neji at that time because his body was cold like stone and he had died at that time.

Some people may argue that Naruto was able to revive guy then why not Neji. Guy was on the verge of death but he was not dead that is why Naruto was able to restore the chakra in his heart. However in Neji’s case he was already dead before Naruto could do anything to help.

In Which Episode Does Neji Die?

Neji died in episode 364 of Naruto Shippuden. He dies the same way his dad died, Saving the life of one the most important persons in his life, and in turn gets saved himself and released from his curse seal. This is an incredibly powerful death in the Naruto-verse, and one that still makes many of the Naruto fans emotional. After the war is won, Neji’s body is taken back to Konoha and he is buried alongside the many other casualties. As Neji watches Hinata cry for him, Naruto questions why Neji would give his life for him, to which Neji responds that it is because Naruto once called him a “genius”. Neji dies, noting that he finally knows what it was like for his father to choose to die for his friends.

At What Age Did Neji Die?

Neji Hyūga was a shinobi of Konohagakure’s Hyūga clan. Though a prodigy even by the Hyūga’s standards, Neji was a member of the clan’s branch house; no matter how skilled he became, he would always be in service to the Hyūga’s main house, a fact that convinced him that his fate was predetermined. After experiencing Naruto Uzumaki’s refusal to be limited by such an ideology, Neji realized his fate was what he chose it to be, and as a member of Team Guy he sought the strength necessary to make the future he wanted for his family and friends, and ultimately sacrificed his life to protect the very same person who taught him about the freedom of one’s choice of fate, Naruto.

By the time of his death, he was already a jonin a senior ninja before any of his friends. While Naruto was away for two years, the series moved into the Naruto Shippuden era. While all of his peers became chunin, Lady Tsunade awarded Neji further, promoting him again to jonin, making him outrank even Shikamaru at that point in the series.

Neji was killed by ten tails inferior form, he died protecting Hinata and Naruto he knew once Naruto is dead its all over hence he immolated himself for Naruto. There was no other way for him to protect Naruto as even his 8 trigram palm rotation was not enough to stop all the wooden spears thrown by ten tails so he threw himself in the path of the spears. He could’ve lived if he hadn’t thrown himself in front of Naruto and Hinata but he did and was killed protecting them.

Is Neji Alive In Boruto? 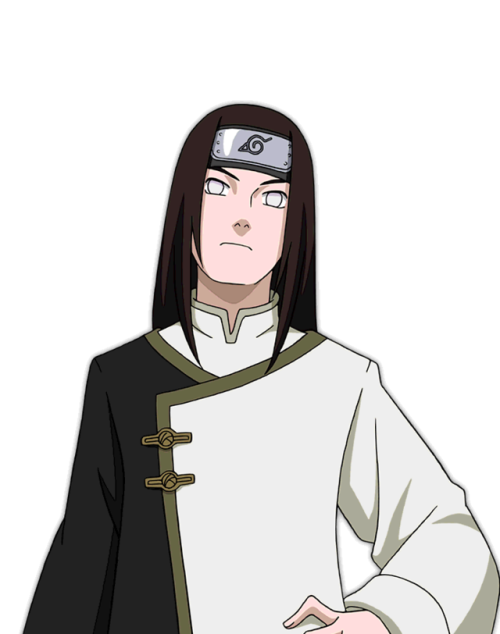 Boruto meets Neji is brief. It takes place shortly after Naruto and Sakura get into a scuffle which Neji stumbles upon. Boruto is rather shocked to see his uncle as he’s never met the man, but recognizes him due to the younger Hinata calling him “Big Brother”. They then even go on to discuss a few things by the river where they even go onto to discuss a few things about Naruto, where Neji also goes on to tell Boruto that ” he shouldn’t pity Naruto”, and then he even goes on to say that he had learned from Naruto to not accept his fate if he didn’t like it and do something about it. Down below is the video attached showing the brief interaction between Neji and Boruto

Hopefully, this article was helpful in answering some of your Naruto related questions elaborately. If you want to look through an elaborate article about the death of Jiraiya, we have an article written on that too, so do give it a look too if you are interested in “How Does Jiraiya Die?”. Lastly, if you want a list of every Kage’s strength from another resource, screenrant has written a great article on that, so you can give it a look if you want “Naruto: Every Kage Ranked From Weakest To Strongest“. And stay tuned to cinephilespeaks for more interesting articles about your favorite characters and stories