Izuku Midoriya is the protagonist of the forever hyped anime “Boku No Hero Academia”. This anime has taken us through a rollercoaster of emotions throughout its run. For those of you who don’t know characters in this anime have special powers that are called quirks. And in this article we will be discussing and looking into the quirk of ” Izuku Midoriya” or as otherwise called ” Deku “

Deku’s quirk name was ” One For All ” This was passed down to him by AllMight ( The No.1 Hero ). This is a quirk that passes down the power from one person to another while accumulating raw power. This power also inherits the powers and quirks of the people who posses are given this quirk and then when the quirk is passed over again it would pass on the raw power along with the commutative strength of the quirks that were possessed by its previous users

Deku had to struggle quite a bit and is still learning to completely control this power so that he can use it optimally.

Deku has to focus on one of his limbs and unleash explosive attacks through them. These attacks are strong enough to make gusts of winds, break apart things, and jump high as possible. Moreover, for now, Deku is able to unleash the power of All For One in percentage as he can not use the power to its full potential for long not at least for now. And even when he does use the power in its full potential or anything near that he injures himself quite badly without a doubt. This is because the body of Deku is yet not strong enough to support the immense strength that comes naturally after adopting All Might’s power. A very important thing to note at this point is that Deky is struggling each and every new episode of this anime series, and would continue to do this until he eventually ends up becoming as powerful as All Might or even surpasses him as her. Now let’s take a look into some of the attacks of Deku

This is a punch that has been quite enhanced with One For All. The special thing about this attack is its raw power. This attack has been able to shatter windows break through floors 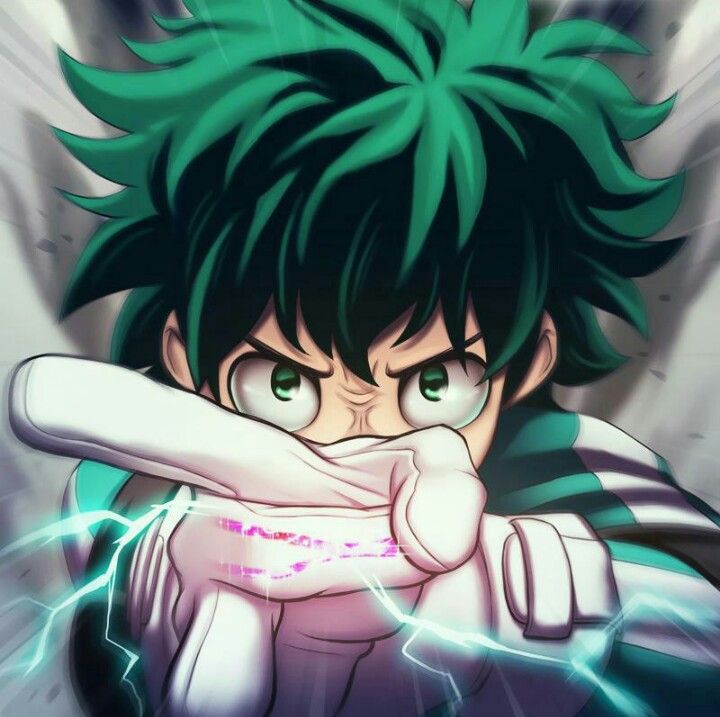 This is a trick that Deku uses while bringing all of the power to his forefinger and then shooting the power through flicking the finger. This attack has caused waves on the surface of the water and even caused waves in the air along with breaking big pieces of ice in his fight against Shoto Todoroki. Moreover, he can also use this power with his broken finger but this can be quite stressful on his finger until now but he has learned how to do this attack without getting his finger anymore till this far in the anime series

This is a power that one of that was passed down by Lariat, one of the previous users of One For All. This power allows Deku to control strays of dark energy while they form around his arms. These can be useful and helpful in grabbing objects that might be nearby or just moving and jumping around. This dark energy comes out of Deku in the form of ropes and contains all the quirk of ropes

This is a quirk whose power are yet to be completely revealed but it mostly revolves around maneuvering oneself’s movement while in the air, more will be revealed about this quirk as the story goes on

This is the new hero costume of Deku which he modified as he shifted his fightin to more of a leg based one. as he wanted to protect his hands from any kind of damage if possible. Moreover, this costume also comes with upgraded gloves that help Deku make long-range wind-based attacks like “Delaware Smash Air Force”

This is a technique created by Deku so that he can channel a part of One For All’s power and transfer it evenly throughout his entire body. This increases the overall mobility and agility of Deku and allows him to move somewhat similar to All Might himself. Moreover, this technique also helps in saving him from injuring his body whilst using All For One which is something that Deku is still working on. For now he has gone up to utilizing 5% percent of All Might’s raw strength but he is still working on the rest of the things

Some Results Of Deku’s Attacks

Weaknesses Of Deku For Now

Deku’s Dad is Hisashi, he has been working abroad since Midoriya was a little child, but apart from this there is very little kown about this character from the series but it is speculated that more will be told about him in the future of the anime series

Hopefully this article as helfpul in answering some of your curiosities about Deku, his powers and other related stuff. if you have a topic you would like us to write an article on feel free to comment in the comment section below. And if you want to know surprising facts about Bakugo, CBR has a great article written on just that so do give it a look if you are interested “My Hero Academia: 10 Facts You Never Knew About Bakugo” And lastly if you want to know about whitebeard’s death we have a great article on that too, here is the link “Whitebeard’s Death: All About The Strongest Yonko“